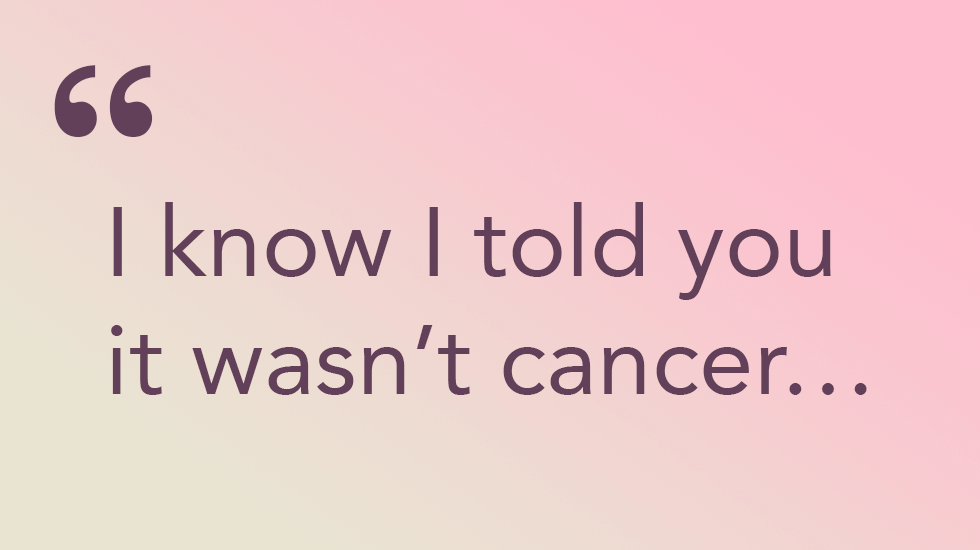 My breast cancer journey began in 1998 when I was 48 years old, living in Rhode Island. I was having pain in my left breast. It was unusual and I remember thinking, “something is wrong.” My doctor assured me, saying, “I don’t think it is cancer, but let’s get a mammogram and an ultrasound because it could be a cyst.” The mammogram showed nothing, but the ultrasound did. That was followed by a biopsy and waiting. The day the doctor called me to come into the hospital to meet with her, I knew it was cancer.

At this point we both began to cry, followed by her telling me how sorry she was. I truly believe a higher power brought me to that place and that doctor. The rest is history: surgery, radiation, and diligence on my part to get regular exams and tests.

The story doesn’t end there. In 2004, after a routine mammogram and ultrasound the same result happened—this time on the opposite breast.

These experiences made me realize breast cancer is a part of my life. It doesn’t control me but it propels me forward, even though family members and friends all around me have died from this disease. I am the lucky one, but I never let my guard down because breast cancer doesn’t fight fair, and I will always listen to that little voice inside me when it says, “something is wrong!”

Immediately after her second lumpectomy, Frances’ surgeon surprised her with the suggestion that she should have had a total mastectomy instead. She found herself thinking it was a little late for that prescription.  They again discussed her options and risks, and ultimately Frances decided not to put herself through another surgery so soon, instead electing to remain vigilant about monitoring her breast health. Thankfully, she’s been cancer free in both breasts in the 13 years since.

Frances’ family has been touched by breast cancer many times. Her oldest sister died at 70 of metastatic breast cancer that was found in her brain several years after her mastectomy. Frances’ paternal grandmother and an aunt also had breast cancer. However, Frances and her three sisters all tested negative for known genetic mutations, so her diagnosis still came as a shock.